I may have to try another vendors band. The one thing I have been frustrated about with the health app is the inability to see totals. Unless I have missed something I see no totals of steps, mile, etc. 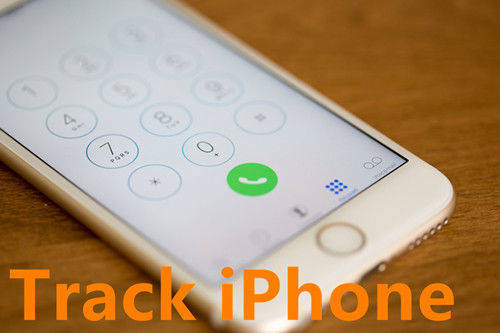 I would like to easily see how many miles I have walked in the last week or month without having to add the days. Am I missing something here? You are right, in the current Health apps the total steps, miles, etc for all time or per month or week are missing.

Additionally there is no way to view longer term trends or charts for multiple months, years, etc. Seems like an easy thing to add, hopefully future iOS Health will add such features. Which shows a greater number? How close are they? I would tend to trust Google too for distances, but keep in mind that when you are walking, the distance covered is often different than direct lines on a map distance would be, thus the Apple Health tracker may be providing accurate mileage data and step data.

It uses the accelerometer to track the steps, and it must ping GPS to determine distance. Indeed you can add heart rate data and BPM to the Health app dashboard on iPhone, but at the moment you need to input your heart rate data yourself. There is not a system of measuring the details on the iPhone yet , perhaps Apple Watch or maybe an app that uses the camera can tie in the data to Health app? I have an iPhone 5c and thanks to this thread im aware my phones health app will not fully function due to the lack of a coprocessor.

However, I have a nike fuelband and am trying to figure out how to link the two together so I can track steps and such. Any help? On iOS 8. I noticed that actively running the app sometimes slows the performance. Means it takes a huge chunk of the processor even if the battery is immune. Similar to the above. When I enter manual steps it does NOT appear on graph. Is there a way to click on the date in the Steps on the Dashboard and not get every minute, but just that many steps for that day?

I can see the current days steps on the dashboard, but nothing from the previous days, just on the graft, but not the number of steps. I would like to know how to do this too.


It looks like someone else asked the same question, over a month ago, with no response. Perhaps an update will fix it, because it would be very useful to go back by date, and to better look at specific periods of time. The data as presented away from the charts and graphics, when you tap on details, and you get the list of specific movements, that for now is rather useless to the average person. Is it because of the old tech specs of the iPhone 5 or am I missing something? The Health tracker requires an iPhone 6 or newer for optimal results, the iPhone 5s has limited support and the iPhone 5 does not have a motion coprocessor.

Is it because of the iPhone 4s, or am I doing something wrong? Walking is off slightly.

Spy app on iphone 6s Plus

I run a marathon distance everyday So much so that I have to divide in half for more accurate results. Thank you for this useful overview. I never had a pedometer before, and I am trying it out today…. I will stick with Moves, at least for now. For example, I run on an elliptical trainer for an hour and do just over 6 miles. I have to manually enter the distance. I just let it track what it detects, which is pretty accurate by itself. With your example and the millions of others that use ellipticals and treadmills, it would track the steps, but not the distance obviously, and on an incline it would not detect the stairs climbed either.

To me it feels like Health app is very much a beta, but it was released anyway. Much of the longstanding rumors have suggested it would have deep sensor tie-in with Apple Watch, so perhaps with software updates and hardware, the data will be better once Apple Watch debuts. Maybe not possible any more? You need a heart rate monitor HRM to see that value. Pair one via Bluetooth and it will collect the data for you.

Anyhow, the health app does not capture the HR on its own. The iPhone 5S and iPhone 6 have an internal step counter the M7 and M8 coprocessors that tracks your steps throughout the day. Based on these steps iOS will try to estimate the distance you walk and run.

If you use multiple sources in the Health app, data should get nicely combined. If you give Human higher priority, Health automatically fills up any gaps we have in our data with the step count-based distance estimate.

To change the priority for your data sources, open one of the data types, tap Share Data and use the Edit button in menu bar at the top of the screen. You can now drag the sources in the right order. Medical ID is also useful, because it shows up on the lock screen. Name required. Mail will not be published required.

How to track a lost or stolen iPhone

If Find My [device] is enabled on your missing device